A Rhode Island man is facing murder charges after his girlfriend’s deceased body was found in their refrigerator.

Officers were called to the Parkis Avenue residence that Sherbert “Strawberry” Maddox, 40 shared with her boyfriend, Nathan Cooper, 53, to perform a welfare check. 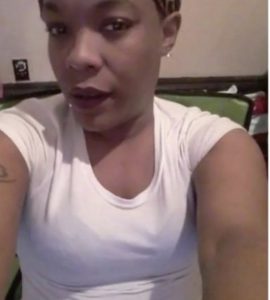 When officers arrived unusual circumstances outside the home led them to enter the apartment.

Once inside they found Cooper, he was taken into custody for questioning. There he told officers that he was smoking cocaine laced marijuana with Maddox. He then waited for her to take a shower and shot her.

Once she stopped breathing he wrapped her body in layers of blankets and plastic wrap, removed the shelves in the refrigerator and placed her deceased body inside.

While Cooper was in custody officers obtained a warrant to search their home.

Once inside they found Maddox’s body inside the stand up refrigerator. Officers believe she had been shot days before they found her body.

Detectives also found the handgun they believe Cooper used to kill Maddox, along with a rifle and two cellphones.

Authorities are also requesting a search warrant for the two cellphones based on the circumstances of the investigation.

Cooper is being charged with murder, possession of a stolen firearm, and carrying a firearm without a license. He is currently being held without bail pending his next court date.